Variable-Resolution Earth System Modeling of the Cryosphere with E3SM

This project supports the continued development of DOE's Energy Exascale Earth System Model (E3SM), a state-of-the-art fully coupled model of the Earth's climate including important biogeochemical and cryospheric processes. In particular, the team will use DOE supercomputing resources to advance the development, testing, and simulations of the E3SM v2 Cryosphere campaign.

Antarctica and the Southern Ocean play critical roles in modulating global climate and sea level. While their response to climate change is among the least understood in the climate system, the potential global ramifications are among the most severe. The Antarctic ice sheet holds many tens of meters of sea-level equivalent, and ice shelves directly exposed to the ocean are integral to restraining the grounded ice behind them. Increased melting of ice shelves could cause collapse of parts of the ice sheet, leading to rapid sea level rise that may displace low-lying coastal populations and threaten coastal infrastructure worldwide.

Despite its importance, the Antarctic ice sheet and its interactions with the Southern Ocean remain poorly represented in most Earth system models. One of three primary science drivers for the U.S Department of Energy’s Energy Exascale Earth System Model (E3SM) is to realistically simulate coupled Antarctic and Southern Ocean processes, towards allowing for projections of Antarctica’s contribution to future sea-level rise.

This ALCC allocation will support development, testing, and simulations of the E3SM v2 Cryosphere campaign. This includes scientific investigations into how the coupled atmosphere, ocean, and sea-ice system will mediate current and future sources of sea-level rise from the Antarctic ice sheet. A general focus of E3SM v2 is the utilization of its unstructured variable resolution capability. To that end, the researchers are developing and testing regionally refined coupled Southern Ocean configurations for the ocean, sea-ice, and atmosphere. Another E3SM capability at the forefront of Earth system modeling is the ability to simulate ocean circulation under Antarctic ice shelves, allowing researchers to compute melt rates from these ice shelves in global, fully coupled configurations. These melt rates are a key source of uncertainty in future sea-level rise. Because sea-ice plays a key role in moderating the water masses that access ice shelf cavities, part of the team’s effort will focus on improvements to sea-ice physics and coupling numerics to mitigate low resolution (30km) ice extent biases and high resolution (6km) ice thickness biases in E3SM version 1. 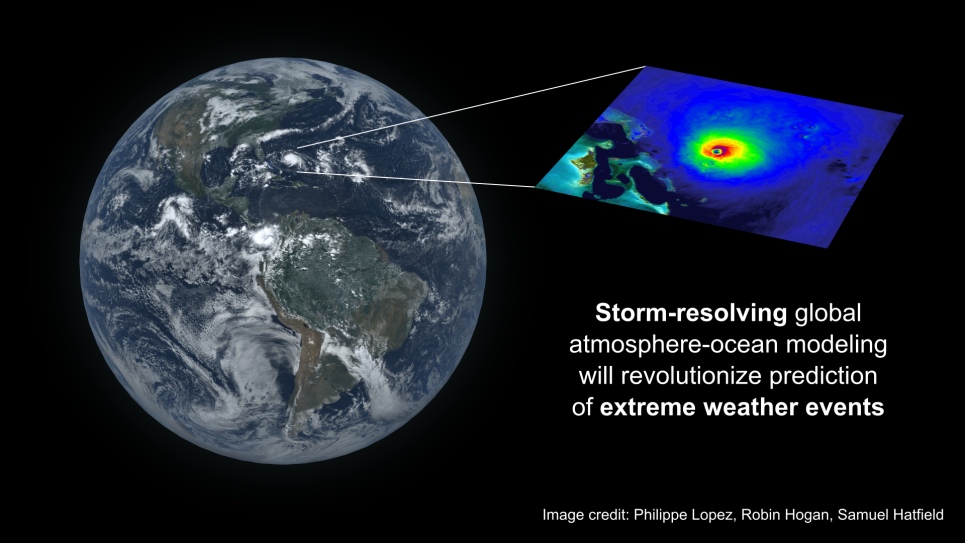 Improving the Representation of Mesoscale Convective Systems in Weather and Climate 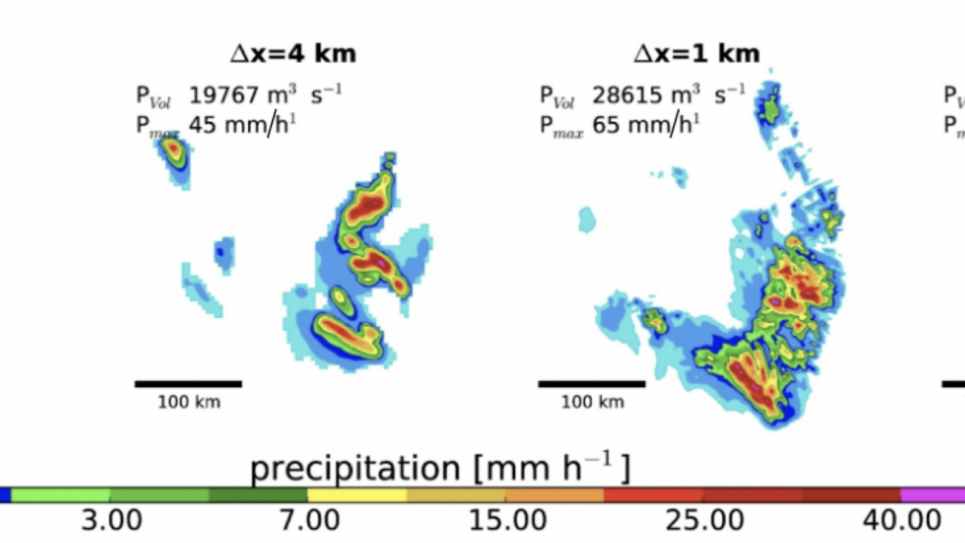