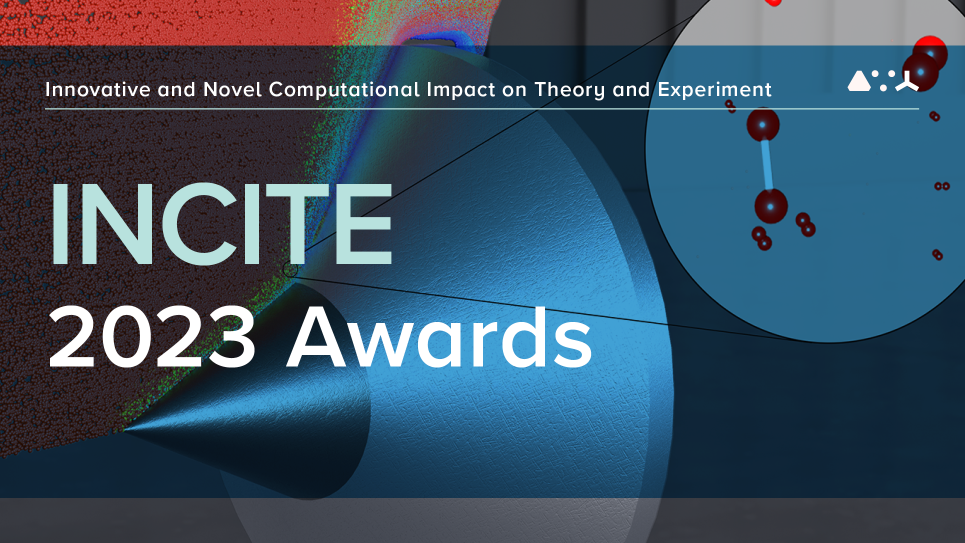 The U.S. Department of Energy’s (DOE) Office of Science announced allocations of supercomputer access to 56 high-impact computational science projects for 2023 through its Innovative and Novel Computational Impact on Theory and Experiment (INCITE) program. These awards, which will pursue transformational advances in science and engineering, account for 60 percent of the available time on the leadership-class supercomputers at DOE’s Argonne and Oak Ridge National Laboratories. 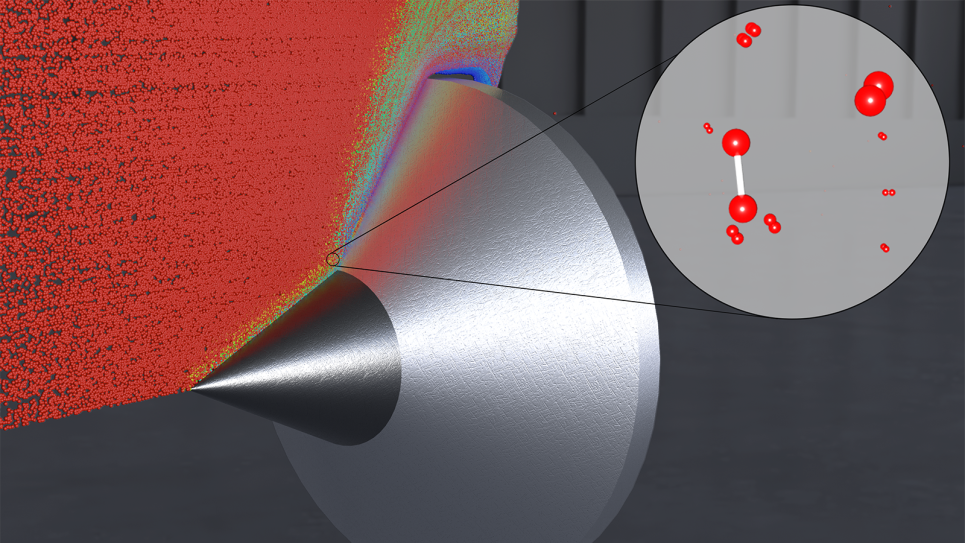 With a 2023 INCITE award, a team led by Maninder Grover of the Air Force Research Laboratory will use ALCF supercomputers to carry out quantum mechanically guided simulations of hypersonic flows in thermal and chemical non-equilibrium. The image shows the velocity field from a calculation carried out on Theta to simulate a Mach 8.2 experiment. (Image: ALCF Visualization and Data Analytics Team; Maninder S. Grover, Paolo Valentini, Nicholas J. Bisek, Air Force Research Laboratory)

The projects will support a broad range of large-scale research campaigns to advance knowledge in areas ranging from astrophysics to sustainable energy technologies to materials design and discovery.

Jointly managed by the Argonne Leadership Computing Facility (ALCF) and the Oak Ridge Leadership Computing Facility (OLCF), the INCITE program is the primary means by which the facilities fulfill their mission to advance open science by providing the scientific community with access to their powerful supercomputing resources. The ALCF and OLCF are DOE Office of Science user facilities.

The ALCF’s systems include Theta, a 16-petaflop Cray XC40 system bolstered by NVIDIA A100 GPUs, and Polaris, a 44-petaflop HPE Apollo 6500 Gen10+ system that will give scientists and application developers a platform to test and optimize codes for Aurora, Argonne's upcoming Intel-HPE exascale supercomputer.

This year’s INCITE awards are notable for including the first allocations on Frontier, the OLCF’s flagship HPE Cray EX system, which debuted in May as the world’s fastest supercomputer with 1.1 exaflops of performance and a theoretical peak performance of 2 exaflops. OLCF also offers users allocations on Summit, a 200-petaflop IBM AC922 machine.

“This is an exceptionally important year for us. Users now have access to a machine nearly ten times as powerful as our previous flagship system, opening up avenues throughout the whole of science that were until now completely inaccessible,” said Gina Tourassi, director of the National Center for Computational Sciences, which houses the OLCF. “Be it neuroscience or fluid dynamics, quantum mechanics or climate modeling, astrophysics or drug discovery, with exascale, we can elucidate and solve an entirely new realm of problems.”

Open to any researcher or research organization in the world with a computationally intensive project, INCITE’s application process is highly competitive. Over a four-month period, INCITE proposals are assessed by peer-review panels composed of international experts, with each panel representing a different scientific discipline. The proposals are also evaluated on a technical level by each computing facility for computational readiness and the scalability of the project’s code and its algorithms. The INCITE awards committee makes its final selections based on these recommendations. This year, the committee received 97 total proposals with researchers requesting more than 102 million node-hours across all four systems.

“These projects promise to represent the scientific community at its best,” said Michael E. Papka, director of Argonne Leadership Computing Facility. “The breadth of scientific discipline and diversity of method this year’s allocations encompass—not to mention the dedicated researchers whose efforts will propel this work—demonstrate the power and potential of leadership computing systems to accelerate discovery as we transition into the exascale era, evolving data science, artificial intelligence, simulation, and their intersections to ever greater capability and impact.”

Highlights of the 2023 allocations include:

For details on all of the 2023 INCITE awardees, view the project fact sheets.