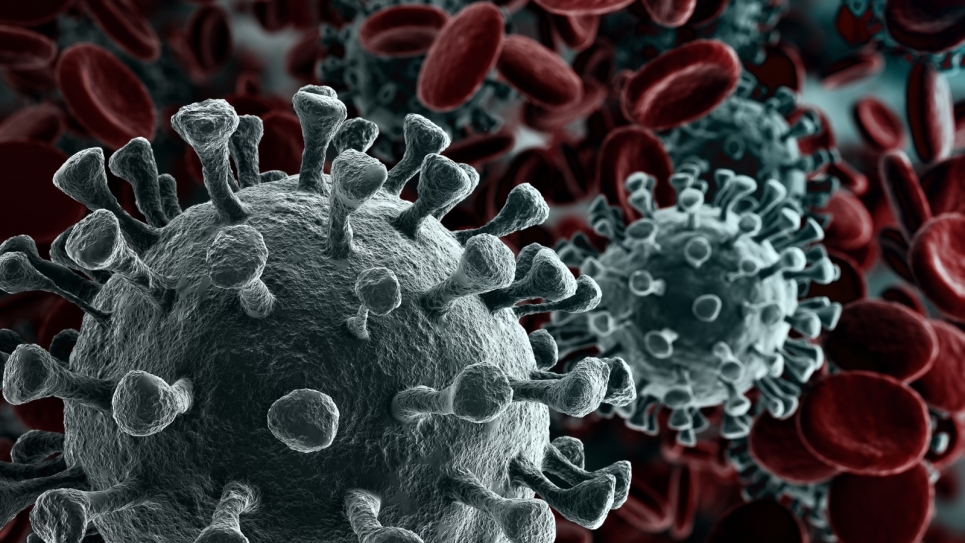 Using the Groq platform at the ALCF AI Testbed, researchers were able to speed the process of searching through a vast number of small molecules to find promising drug candidates.

As soon as the COVID-19 pandemic erupted in early 2020, scientists found themselves racing against time to find an antiviral medication that could treat the disease. With billions upon billions of potential drug candidates to sort through, researchers needed a way to dramatically speed their search. The answer, they found, lay in artificial intelligence (AI).

Since the beginning of the pandemic, researchers at the U.S. Department of Energy’s (DOE) Argonne National Laboratory have been using AI to search through a vast number of small molecules to find usable drug candidates. Recently, they have used a new computing hardware to speed the process, reducing searches that might have originally taken years to mere minutes.

To determine whether a small molecule can form the basis of a useful antiviral medication, researchers need to compute how well it binds to different pockets on one of the viral proteins of SARS-CoV-2, which causes COVID-19. “You can kind of think of a viral protein as looking like a wad of chewed-up bubblegum,” said Argonne computational scientist Tom Brettin. “We want to see how well different molecules attach to the different nooks and crannies in the ‘bubblegum.’”

The binding energy of a small molecule into a protein depends on multiple factors, including both the molecule’s geometry and the electronic interactions between the molecule and the protein, Brettin said.

Computing the binding energy of small molecules starts by analyzing them one-at-a-time with physics-based codes on leadership-class supercomputers, including Argonne’s Theta, which is part of the Argonne Leadership Computing Facility (ALCF). These binding scores are then used to train an AI algorithm to look for the molecules with the lowest binding energies. 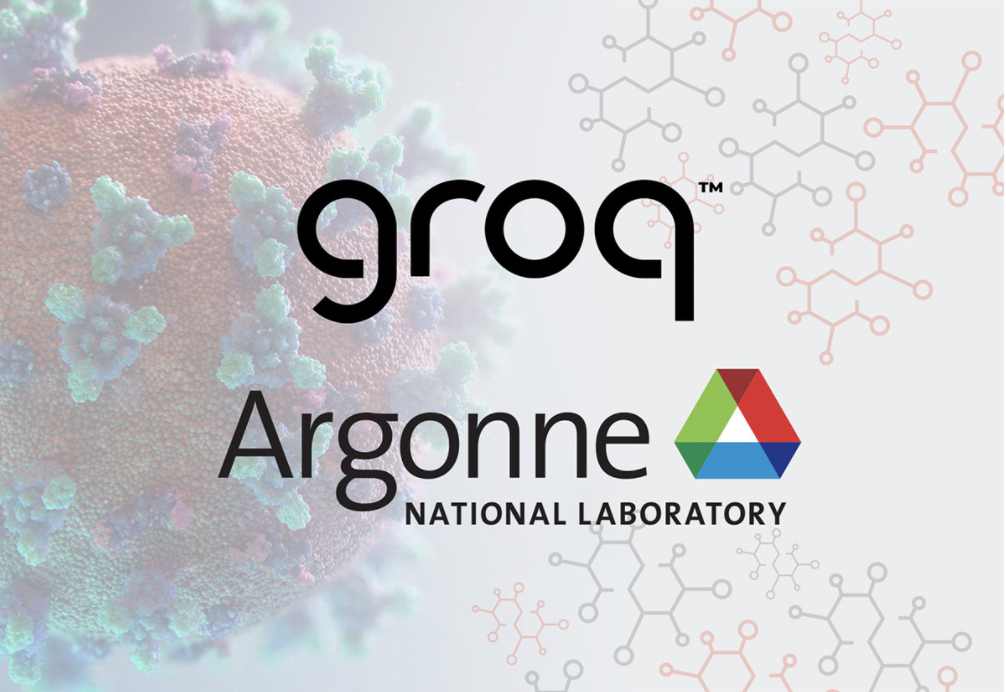 The advantage of using AI, according to Brettin, is that it can quickly adapt to and accommodate chemical structures that it has never seen and that have never been synthesized and do not exist in nature. “Artificial intelligence gives us both the speed and flexibility that pure physics-based computation would have a very hard time achieving,” he said.

Another benefit of AI lies in the fact that it generates the minimum possible binding energy for each candidate immediately, rather than needing to perform a large number of trial-and-error computations for different configurations of molecules as they attach to a protein site.

Although 50,000 predictions a second may seem like a rapid rate, Brettin and Yoo were still interested in speeding up the computations even more. They turned to the ALCF AI Testbed, a growing collection of some of the world’s most advanced AI platforms, including the GroqChip accelerator.

In tests on a large dataset of small molecules, the researchers found they could achieve 20 million predictions, or inferences, a second, vastly reducing the time needed for each search.

Once the best candidates were found, the researchers identified which ones could be obtained commercially and had them tested on human cells at the Howard T. Ricketts Laboratory, a bioresearch facility located on Argonne’s campus. “Without AI, we never would have been able to do an exhaustive search on the computer and bring it into the lab,” Yoo said. “It shows the power of computing to do real biology.”