The Summation-By-Parts Framework: An Abstract Matrix-Analysis Approach to the Development of Discrete Schemes with Provable Properties

Argonne National Laboratory
Virtual
Host Romit Maulik
Event Sponsor The Summation-By-Parts Framework: An Abstract Matrix-Analysis Approach to the Development of Discrete Schemes with Provable Properties
This seminar will be streamed 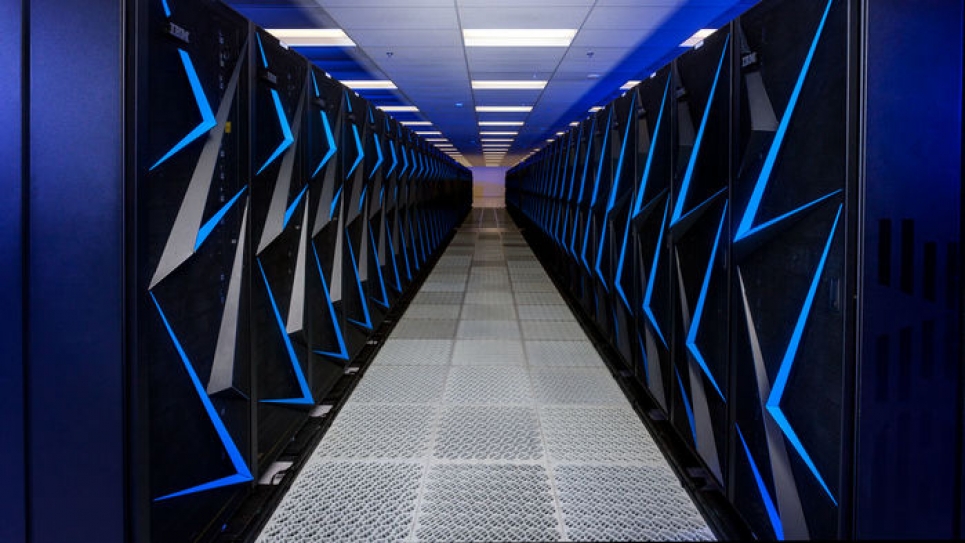 Abstract: Nonlinear partial differential equations (PDEs) are of fundamental importance in basic science and engineering. However, their numerical solution remains a highly active area of research. For example, in aerospace, the accurate simulation of the compressible Navier-Stokes (NS) equations is critical. While significant progress has been made in the last number of decades, state-of-the-art Reynolds-Averaged NS solvers fail to be predictive for important portions of the flight envelope (e.g., low- speed/high-lift, stall, buffet, flutter, and shocks). Simultaneously, current and future compute hardware promises unprecedented power. This power comes via highly parallel architectures with complex memory hierarchies, the efficient use of which demands dense compute kernels, communication hiding, etc. High-order methods are a natural choice for such systems, however, their use for practical problems has been stymied by stability issues. In this talk, I will review the evolution of the summation-by-parts (SBP) framework. Starting from linear PDEs, I will discuss how this framework has matured from its finite-difference origins into an abstract matrix analysis framework that is nearly discretization agnostic. The compelling features of the SBP framework are that it enables the analysis and modification of the actual algorithms implemented in practice (e.g., it accounts for variational crimes such as inexact integration) and leads to the construction of schemes with provable properties (e.g., stability and conservation). I will emphasize that its utility is not only for developing novel cutting-edge algorithms but also for the analysis and design-order modification of productionized codes. I will then move to nonlinear conservation laws where at the continuous level stability can be proven via entropy-stability analysis and demonstrate how these same ideas (and stability proofs) can be constructed leveraging the SBP framework and Tadmor’s two-point flux functions.

Bio: Dr. David C. Del Rey Fernandez received his Ph.D. in 2015 from the University of Toronto Institute for Aerospace Studies and completed a postdoc at NASA Langley Research Center where, until recently, he worked as a research scientist. He is currently an assistant professor in the Department of Applied Mathematics at the University of Waterloo. His research interest is in developing efficient and robust numerical algorithms for the solution of partial differential equations based on novel numerical methods with provable properties, applicable to high-performance computing systems. He has spent significant research effort on generalizing the summation-by-parts (SBP) framework, which is a matrix-based methodology for the design and analysis of discretization methods with provable properties such as stability and conservation. His work on the SBP framework has been instrumental in generalizing the concept to encompass a large class of numerical schemes including methods for unstructured grids. Indeed, in the last several years, there has been an explosion of activity on the SBP framework in part due to those generalizations as well as extensions to nonlinear entropy stability proofs. David’s work at NASA Langley Research Center was directed at developing nonlinearly stable h/p/r-adaptive methods for the compressible Euler and Navier–Stokes equations. Currently, David’s research is focused on developing the mathematics and algorithms for the efficient solution of a broad class of time-dependent PDEs in the context of mathematically rigorous numerical frameworks. In particular, the emphasis is on 1) robust numerical methods, 2) mesh adaptation, 3) approaches for dealing with geometric complexity and moving meshes, and 4) machine learning algorithms for automation and increased efficiency. The developed numerical methods will be broadly applicable, where current and future PDEs and applications of interest are as follows: 1) Single and multiphase compressible Euler and Navier-Stokes equations: aerospace and high-intensity focused ultrasound; 2) Nonlinear wave equations: nondestructive testing and high-intensity focused ultrasound; and 3) nonlinear diffusion-reaction and convection-diffusion-reaction equations: epidemic modeling.