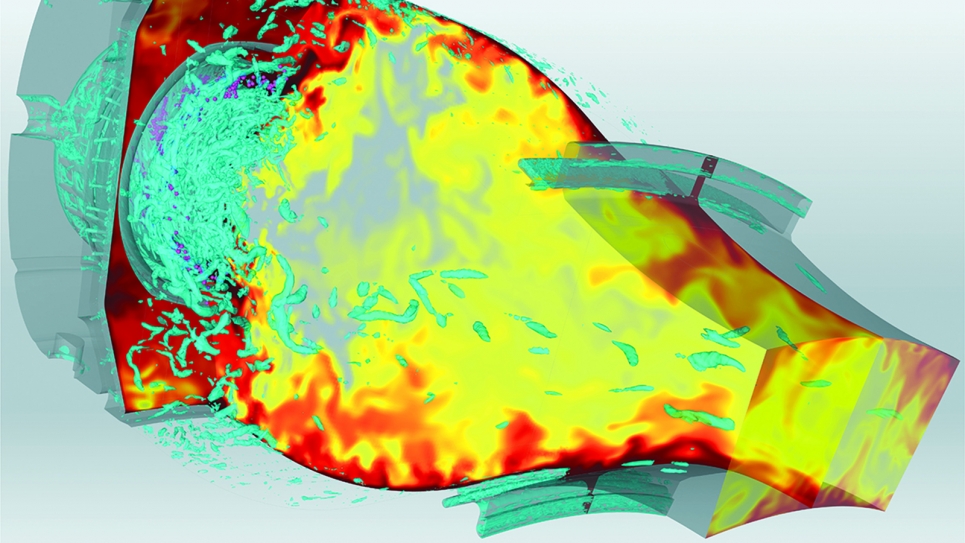 In recent years the field of quantum computing (QC) has grown into an active and diverse field of research and significant progress has been made with building small-scale quantum computers. For a small number of applications, quantum algorithms have been developed with a significant speed-up relative to classical algorithms. Despite this research effort, progress in defining suitable applications for quantum computers has been relatively limited. Key application areas of QC with large research activity include quantum physics, chemistry, material science and quantum communications. Applications to other computational science and engineering applications are so far much more limited, and in a much earlier stage of development. The present work investigates the potential of quantum computing and suitably designed algorithms for future computational fluid dynamics applications. Key challenges to achieving significant speed-ups relative to classical CFD applications are discussed along with possible solutions to (some of) these challenges. The presentation discusses the use of hybrid classical/quantum algorithms as well as research work aiming to create algorithms with reduced data exchange between classical and quantum hardware. Related to the first category, a quantum computing application is discussed in which the vortex-in-cell method was used to solve the incompressible-flow Navier-Stokes equations in a regular domain. Here, the Poisson solvers dominating CPU time are based on the Quantum Fourier Transform.

In the second part of the presentation, the focus is on lattice-based methods for fluid mechanics, specifically the discrete-velocity method for the kinetic Boltzmann equation. Based on quantum walk algorithms, a quantum algorithm is developed and demonstrated for the collisionless Boltzmann model that runs multiple time steps in a time-accurate flow simulation without intermediate data exchange with classical hardware. Finally, the presentation will highlight future steps and potential for collaborative work.

Bio: Dr Rene Steijl is Senior Lecturer in Aerospace Engineering at the University of Glasgow, Scotland. Here, his main research activities involve the development of Computational Fluid Dynamics methods, and application of in-house developed CFD methods to a wide range of aerospace applications, in particular high-speed aerodynamics and rotorcraft aeromechanics. Since 4 years he has been investigating the potential of Quantum Computing for CFD, first exploring the use of quantum algorithms for the Poisson problem in incompressible-flow methods, and more recently lattice-based models for fluid mechanics. Before joining Glasgow in 2015, he worked as lecturer at the University of Liverpool. His first and second degrees are from the Technical University of Delft and the University of Twente, both in the Netherlands. During his PhD, he had the opportunity to work at Caltech for 3 months as Visitor in Aeronautics from October 2000 to January 2001, working with Prof. Tony Leonard on particle-based and spectral methods. Following the completion of his PhD, he worked at the Technical University of Munich, Germany, for one year as research and teaching assistant. From 2004, he has been based in the UK.