Introduction to AI training on ThetaGPU 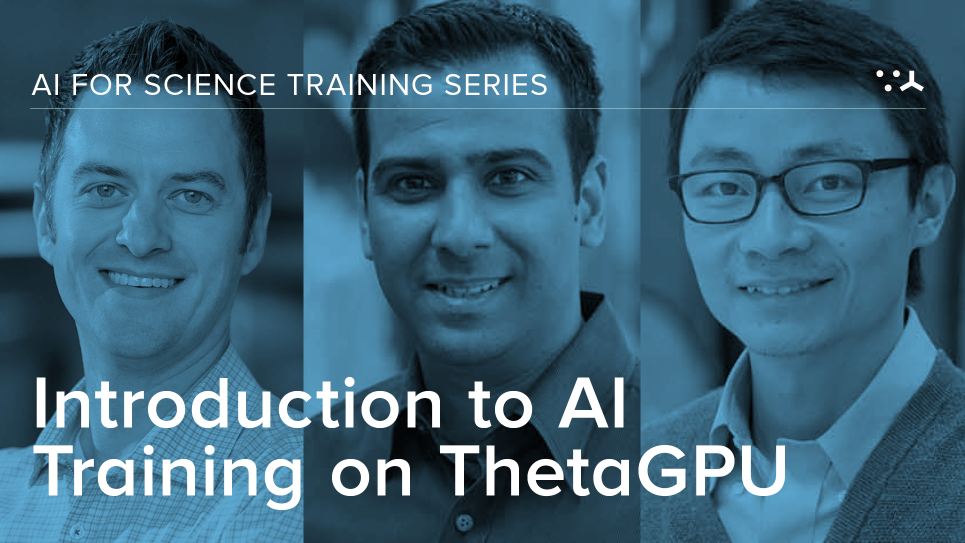 This module will cover the following topics: containers, software environment, MIG Mode, notebooks, job submission etc. At the end of this module trainees will have acquired the basic skills to develop AI models with the ThetaGPU supercomputer.

This session is a part of the ALCF AI for Science Training Series.

Venkatram Vishwanath is a computer scientist at Argonne National Laboratory. He is the Data Science Team Lead at the Argonne leadership computing facility (ALCF). His current focus is on algorithms, system software, and workflows to facilitate data-centric applications on supercomputing systems. His interests include scientific applications, supercomputing architectures, parallel algorithms and runtimes, scalable analytics and collaborative workspaces. He has received best papers awards at venues including HPDC and LDAV, and a Gordon Bell finalist. Vishwanath received his Ph.D. in computer science from the University of Illinois at Chicago in 2009.

Taylor Childers has a PhD in Physics from Univ. of Minnesota. He worked at the CERN laboratory in Geneva, Switzerland for six years as a member of the ATLAS experiment and a co-author of the Higgs Boson discovery paper in July 2012. He has worked in physics analysis, workflows, and simulation from scaling on DOE supercomputers to fast custom electronics (ASIC/FPGA). He applies deep learning to science domain problems including the use of Graph Neural Networks to perform semantic segmentation to associate each the 100 millions pixels of the ATLAS detector to particles originating from the proton collisions. He is currently working with scientists from different domains to apply deep learning to their datasets and take advantage of Exascale supercomputers that will be arriving in the next few years.