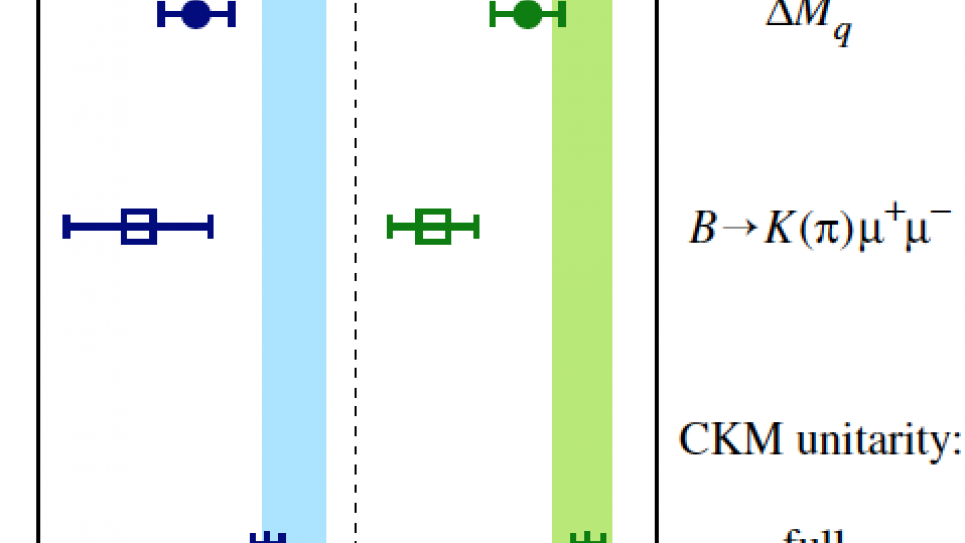 The Aurora machine with its large number of increasingly-refined, third-generation KNH nodes and its anticipated much more powerful network, offers a sea change in capability for lattice QCD. The USQCD collaboration will be ideally positioned to take full advantage of this machine as soon as it becomes available because of our ongoing, intense preparation that is supported by the SciDAC program, three separate NESAP awards, a Tier-2 Theta Early Science award, and our recently-funded, 4-year Exascale Application Development Proposal. Given this combination of unique capabilities, we propose to carry out a set of targeted calculations, using 815 million core-hours, that will have a major impact on high energy and nuclear physics, offering critical support to the experimental programs in both areas.

In high energy physics, lattice calculations are required to extract the fundamental parameters of the standard model (such as quark masses and mixing amplitudes) from experiment. Evidence for physics that lies beyond the standard model can be discovered if discrepancies are found between different methods for determining these parameters. This search for discrepancies becomes more exciting as these comparisons become more precise.

In nuclear physics, lattice calculations are critical to the success of the experimental programs at the Relativistic Heavy Ion Collider, Jefferson Lab, and the Facility for Rare Isotope Beams. For example, already existing experiments need calculations of the structure and scattering of protons, neutrons and light nuclei at larger volumes and lighter quark masses than can be achieved using the computers available today.

The fundamental laws of nature, in particular quantum chromodynamics (QCD), are expressed in terms of quarks and gluons, but experiments involve only quark-containing particles (hadrons) such as protons and neutrons. Large-scale numerical simulations are the only ab initio method for relating QCD to experiment. We propose four sets of calculations that were not possible before Aurora, all of them using lattice QCD: (1) high-precision calculations in the neutral kaon system, related to the violation of the particle-antiparticle and spatial inversion symmetries (CP), (2) generation of refined gluon-field configurations aimed at high-precision heavy-quark physics, (3) calculations of hadron structure in support of GlueX and of multinuclear interactions, and (4) calculations of particle fluctuations in high-temperature strongly-interacting matter in support of RHIC.

This project will deliver a large number of calculations that are urgently needed by the experimental programs of high energy and nuclear physics. They do this by allowing the properties of the particles observed in experiments to be calculated in terms of the fundamental properties of the quarks inside.