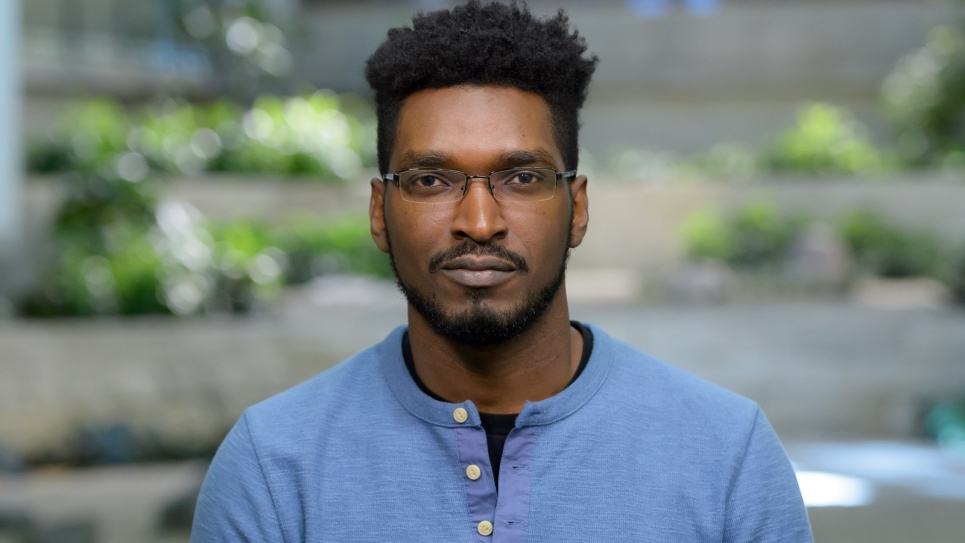 The U.S. Department of Energy’s (DOE) Argonne National Laboratory has awarded its first Walter Massey Fellowship to Kevin Brown, currently a postdoctoral researcher at the lab.

The Walter Massey Fellowship recognizes an exceptional scientist committed to diversity, equity and inclusion, who is at the early stage of their research career. As a Walter Massey Fellow, Brown will pursue independent research in computer science while working alongside Argonne’s other accomplished scientists to create breakthroughs in the next few years. Brown will continue to work closely with Argonne computer scientist Robert Ross.

Brown’s research seeks to improve the configuration and design of next-generation supercomputer networks. To date, he has gained significant experience concentrating on performance measurement, analysis and visualization for network communication and parallel I/O on large-scale distributed systems.

Educated in Jamaica and Japan, Brown brings a unique level of international expertise to supercomputing, a field that generally relies on collaboration between many different countries.

“It’s truly an honor to be awarded this fellowship, and it proves that it is not only possible but desirable for a scientist to devote themselves both to science and to their community,” Brown said.

“Congratulations to Kevin, who follows in the footsteps of Walter Massey, as evidenced by his technical abilities and definite promise to become a leader in his field,” added Argonne Laboratory Director Paul Kearns. ​“It is a privilege to work with the next generation of standout researchers like Kevin and his peers. I look forward to seeing the impact of Kevin’s research in areas such as high performance computing, artificial intelligence and climate science that will help shape our nation’s clean energy future.”

The Walter Massey Fellowship is named for the first African-American to serve as Argonne’s director. Massey also went on to serve as director of the National Science Foundation. He has also been president of Morehouse College — his alma mater — as well as chairman of Bank of America and president and chancellor of the School of the Art Institute of Chicago.

The idea for the Walter Massey Fellowship originated in Argonne’s African-American Employee Resource Group (AAA-ERG), and is an example of the many ways that the Laboratory has partnered with its employee resource groups to advance diversity, equity and inclusion at the lab.

The Walter Massey Fellowship is a three-year fellowship, two-and-a-half years of which are funded by Argonne’s Laboratory Directed Research and Development program and the rest of which is shared by a particular scientific program.

Making an investment in one individual can help to promote systemic change, said Justin Breaux, president of the AAA-ERG. ​“Blacks, other minorities and women may not have as many professional entry points into the lab in their networks, and this fellowship helps dissolve the barriers that exist between applicants and the lab.”

Unlike other fellowships at the Lab, the Walter Massey Fellowship does not require the candidate to have a sponsor at the time of application.

Brown explained that the fellowship would allow him to grow as a scientist in many different dimensions. ​“I want to eventually not only do research, but to be the kind of scientist who enables many others to make breakthroughs,” he said. ​“Being awarded a fellowship named for someone like Walter Massey better enables me to have the kind of impact in the scientific community and in the greater community that I’ve always dreamed of.”