The innovative science of Argonne to aid American small businesses 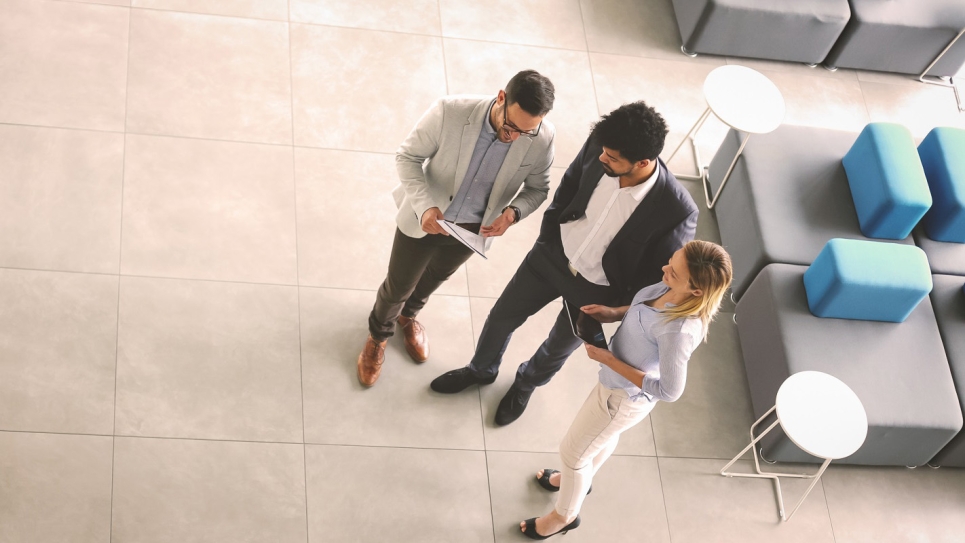 A new collaborative project will use ALCF computing resources to develop models for studying the properties of materials that can be applied to solving industrial problems.

Researchers at DOE’s Argonne National Laboratory will contribute to three SBIR/STTR projects. The projects will draw upon Argonne’s many strengths in artificial intelligence (AI) and machine learning (ML), as well as quantum information science. Each project will receive approximately $200,000 for six months to a year.

In one project, a team led by Maria Chan will be working with VISIMO (Coraopolis, Pennsylvania) to develop data management software based on AI and ML. This software will use AI and ML to automatically label and organize microscopy images, such as those from Argonne’s Center for Nanoscale Materials (CNM), a DOE Office of Science user facility, and other Nanoscale Science Research Centers. Such automation will improve the findability, accessibility, interoperability and reusability of the large datasets generated by microscopic imaging at DOE laboratories. It will thus allow researchers to more easily make discoveries such as new or improved catalysts and batteries for sustainable energy production and storage.

For the second project, a team led by Subramanian Sankaranarayanan will be working with Sentient Science Corp. (West Lafayette, Indiana) on another software package that leverages AI and ML. They will be taking advantage of the high performance computers in the Argonne Leadership Computing Facility, a DOE Office of Science user facility. Their software will accelerate the development of new models for studying the properties of materials that can be applied to solving industrial problems.

“Sentient Science wants to integrate our physics-based models with their lifetime prediction software,” said Sankaranarayanan. ​“This capability would allow them to predict the short- and long-term failure rates of mechanical systems, like wind turbines, rotorcraft and rail transport, to identify life extension actions that reduce cost.” Sankaranarayanan is a CNM group leader and an associate professor at the University of Illinois, Chicago.

For the third project, F. Joseph Heremans is teaming up with Adamas Nanotechnologies (Raleigh, North Carolina) and the City College of New York to develop a method for commercial production of a key quantum material for new sensors. This material is a diamond that has been engineered with defects in the crystal structure to exploit their quantum properties. At present, the absence of commercial production of the core ​“quantum diamond” material hinders the field. Quantum probes with such defects could leapfrog current sensing technology and find applications in physics, chemistry and medicine. Heremans is a scientist in Argonne’s Materials Science division and Center for Molecular Engineering, as well as a UChicago CASE scientist.

“The DOE SBIR and STTR are powerful programs to engage small businesses in stimulating innovation for the U.S. economy,” said Megan Clifford, associate laboratory director for Science & Technology Partnerships and Outreach at Argonne. ​“Argonne is excited to partner with small businesses to expand our impact and support technology transfer.”