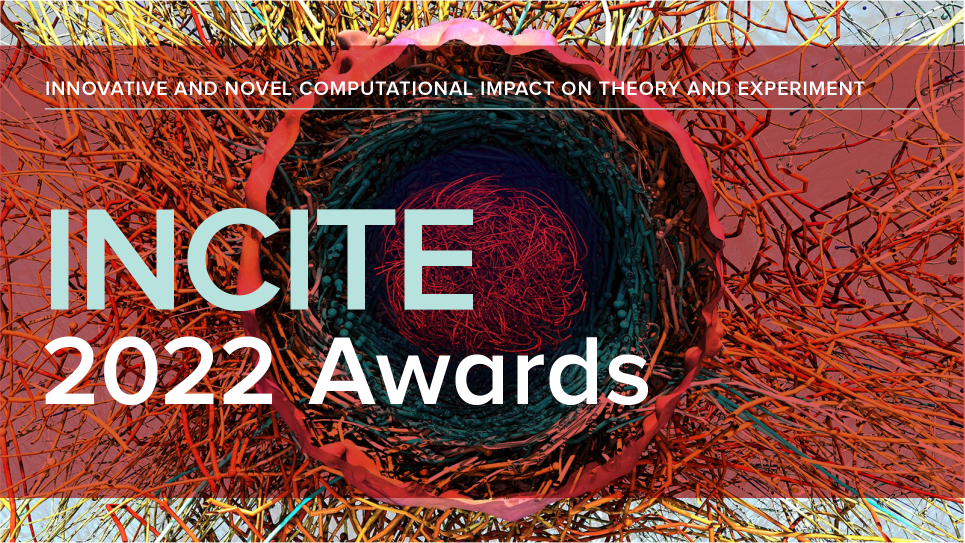 Researchers from across the world will use supercomputing resources at Argonne and Oak Ridge National Laboratories to pursue transformational advances in science and engineering.

The U.S. Department of Energy’s (DOE) Office of Science announced allocations of supercomputer access to 51 high-impact computational science projects for 2022 through its Innovative and Novel Computational Impact on Theory and Experiment (INCITE) program. These awards, which will pursue transformational advances in science and engineering, account for 60 percent of the available time on the leadership-class supercomputers at DOE’s Argonne and Oak Ridge National Laboratories.

The projects will support a broad range of large-scale research campaigns to advance knowledge in areas ranging from astrophysics to sustainable energy technologies to materials design and discovery. 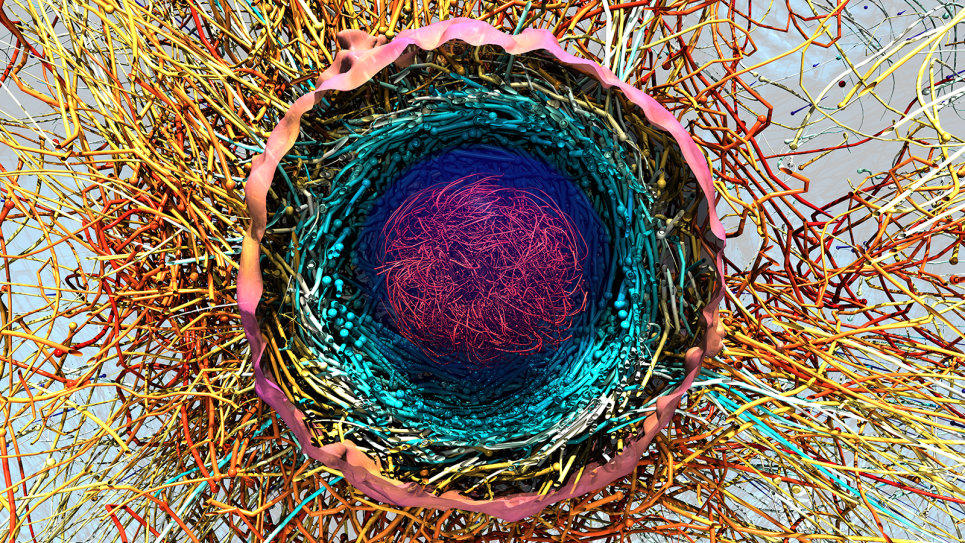 With a 2022 INCITE award, Adam Burrows of Princeton University will use the ALCF’s Theta supercomputer for large-scale simulations aimed at advancing our understanding of supernova explosions. This image is a snapshot from a simulation carried out on Theta of a supernova explosion of a 25-solar-mass star, depicting the early evolution of the neutron star left behind. (Image: ALCF Visualization Team)

Jointly managed by the Argonne Leadership Computing Facility (ALCF) and the Oak Ridge Leadership Computing Facility (OLCF), the INCITE program is the primary means by which the facilities fulfill their mission to advance open science by providing the scientific community with access to their powerful supercomputing resources. The ALCF and OLCF are DOE Office of Science user facilities.

The ALCF’s systems include Theta, a 16-petaflop Cray XC40 system bolstered by NVIDIA A100 GPUs, and Polaris, a 44-petaflop HPE Apollo 6500 Gen10+ testbed system that will give scientists and application developers a platform to test and optimize codes for Aurora, Argonne's upcoming Intel-HPE exascale supercomputer. The OLCF’s flagship system is the 200-petaflop Summit, an IBM AC922 machine that debuted in 2018 as the most powerful computer in the world. Summit is also a proving ground for researchers as they prepare to run their codes on Frontier, the OLCF’s newest supercomputer, a 1.5+ exaflop HPE Cray EX system that is currently being installed. Time on Frontier will be allocated in the next INCITE cycle.

“INCITE allocations really serve as a bellwether for the next frontiers in advanced computing. This year’s class features a diverse portfolio of ambitious research campaigns representing the most advanced techniques in high-performance computing in support of a broad range of both applied and basic research,” said Gina Tourassi, director of the National Center for Computational Sciences, which houses the OLCF. “We are proud to provide full-scale access to the world’s most powerful systems to our users at the leading edge in their science domains.”

Open to any researcher or research organization in the world with a computationally intensive project, INCITE’s application process is highly competitive. During a 4-month period, INCITE proposals are assessed by 11 peer-review panels composed of international experts, with each panel representing a different scientific discipline. The proposals are also evaluated on a technical level by each computing facility for computational readiness and the scalability of the project’s code and its algorithms. The INCITE awards committee makes its final selections based on these recommendations. This year, the committee received 121 total proposals with researchers requesting more than 120,000,000 node-hours across all 3 systems.

“Computers capable of supporting both very powerful simulations and large-scale AI computations will provide researchers with a greater range of solutions to their problems,” said Michael E. Papka, director of Argonne Leadership Computing Facility. “Polaris is one such architecture that will help prepare critical workloads for future exascale systems. The INCITE workloads on Polaris today will become the Aurora workloads of tomorrow.”

The INCITE committee added a new feature in 2022 by committing 10% of allocatable time to an Early Career Track. This track was launched to encourage the next generation of high-performance computing researchers. Researchers within 10 years from earning their PhD were able to apply, and 9 Early Career projects were awarded.

"We were very excited by the response to INCITE's new early career track," said Katherine Riley, INCITE program manager and ALCF director of science. “We are looking forward to working with a new generation of DOE supercomputer users to help them achieve breakthroughs in a number of important research areas ranging from drug discovery to climate modeling to hypersonic flight."

Highlights of the 2021 allocations include:

For details on all of the 2022 INCITE awardees, view the project fact sheets.