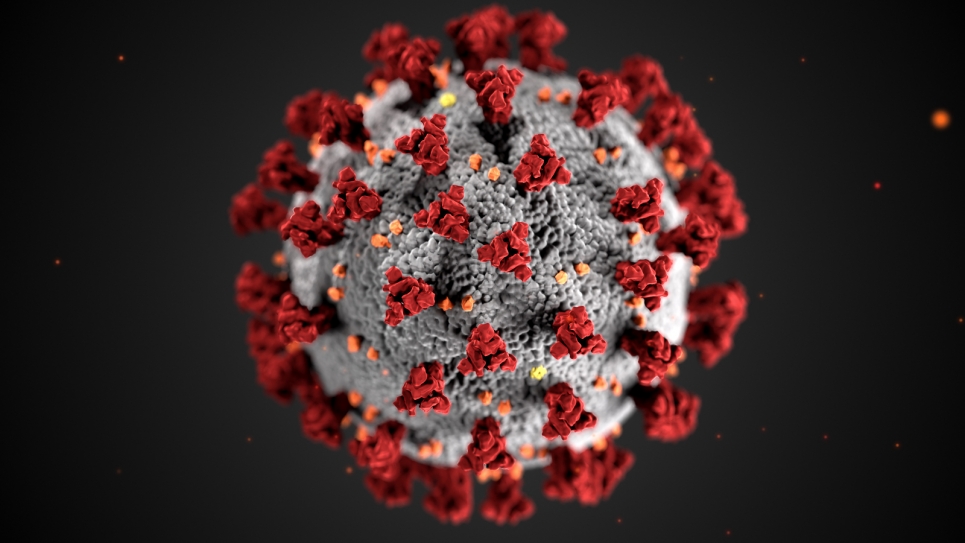 COVID-19 research at Argonne continues at the laboratory’s Advanced Photon Source (APS), a U.S. Department of Energy (DOE) Office of Science User Facility, to precisely determine the structures of the 28 unique proteins that make up the SARS-CoV-2 virus, which causes COVID-19. As these structures are determined, they are posted into an international Protein Data Bank (PDB), compiled by researchers around the world.

As of April 27, scientists using the APS have deposited 19 structures of SARS-CoV-2 viral proteins into the PDB. Additionally, two teams of researchers — one from the Scripps Research Institute in California and one from the University of Minnesota — have published papers on data they collected at the APS in February, and a third group from the Center for Structural Genomics of Infectious Diseases (led by Northwestern University, the University of Chicago and Argonne) has seen its research accepted for publication in Protein Science.

The Scripps group used a neutralizing antibody taken from a patient who contracted the previous SARS virus (SARS-CoV) from the 2002 outbreak and mapped it to the current SARS-CoV-2 virus, finding new insights into the way the novel virus recognizes antibodies. The group from the University of Minnesota studied the virus’s receptor recognition mechanism, which determines how contagious it is, in relation to the SARS virus of the early 2000s, providing guidance for today’s researchers seeking treatments. The Center for Structural Genomics group defined two additional crystal structures from the SARS-CoV-2 virus and compared them with those gathered from the SARS and MERS coronaviruses.

The APS is currently providing expedited, remote-access research, but only for experiments related to COVID-19 and critical pharmaceutical research at this time. As of April 27, there were 27 research groups from around the country using the APS’s ultra-bright X-rays to learn more about the virus and laying the groundwork for potential treatments for COVID-19.

Argonne’s supercomputing facilities are also contributing to the fight against COVID-19. Since the idea of establishing the COVID-19 High Performance Computing (HPC) Consortium was first federally proposed in late March, the consortium has received dozens of proposals and, as of May 1, had 36 projects up and running.

Among them is a nationwide collaboration that is applying artificial intelligence-driven biology to discover a treatment against COVID-19, led by Argonne computational biologist Arvind Ramanathan. His team aims to address the fundamental biological mechanisms of the virus and the disease and to identify potential therapeutics with the help of machine learning and deep learning techniques.

To date, the team has made significant progress toward its goals, including the development of artificial intelligence and machine learning tools that analyze millions of molecules to identify those that can bind to the virus’s known proteins.

“The molecules that we identify at the end of our AI analysis are piped to our experimental collaborators,” Ramanathan said. ​“We have sent out about 30 compounds that we are sharing with our collaborators at the University of Chicago and Frederick National Lab, among others, where testing is ongoing to see if these compounds do bind to these proteins that we are targeting.”

According to the project’s description on the consortium Web site, their approach uses HPC-tested open-source software and tools that will be released into the public domain — along with project data — to enable easy access, sharing and dissemination for further research. So far, nearly 80 terabytes of data have already been computed and made available, Ramanathan noted.