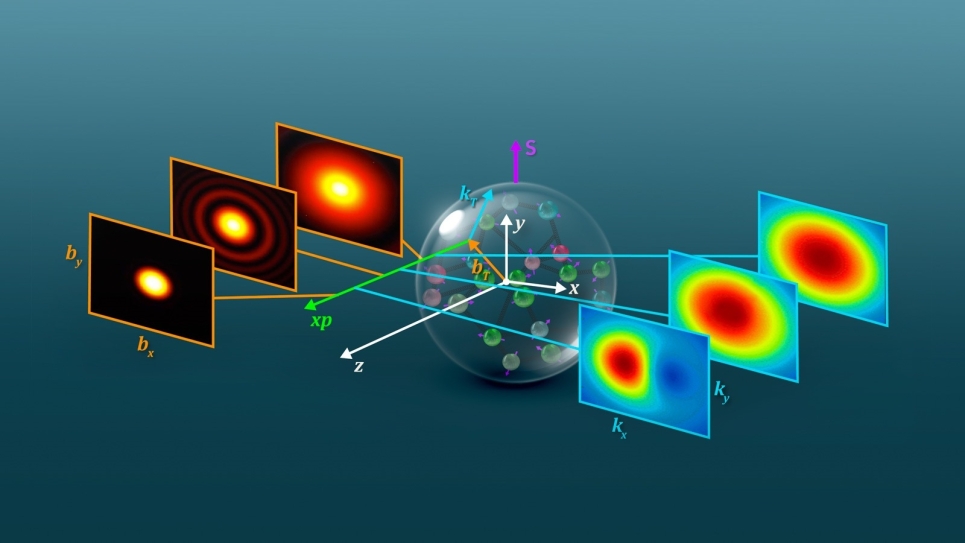 Illustration of two-dimensional slices of the nucleon — using a momentum filter — which represent various aspects of nucleon internal structure. These 2D images represent the transverse momentum and transverse position of the quarks and gluons inside the nucleon. (Image by QuantOm Collaboration.)

What are the basic building blocks of matter? How did the universe evolve? What will happen to Earth’s climate in the future? These are questions that high performance computers can answer.

The program brings together many of the nation’s top researchers to develop new computational methods for tackling some of the most challenging scientific problems. The projects will be conducted by collaborative teams led by DOE national laboratories.

“The fact that Argonne is involved in nearly all SciDAC projects is a testament to the expertise of our staff. Together with our partners, we will bring the power of supercomputing to the study of some of the smallest things in nature —atomic nuclei — and the largest, the cosmos,” said Kawtar Hafidi, who oversees Argonne’s research programs in nuclear and high energy physics as associate laboratory director for Physical Sciences and Engineering. 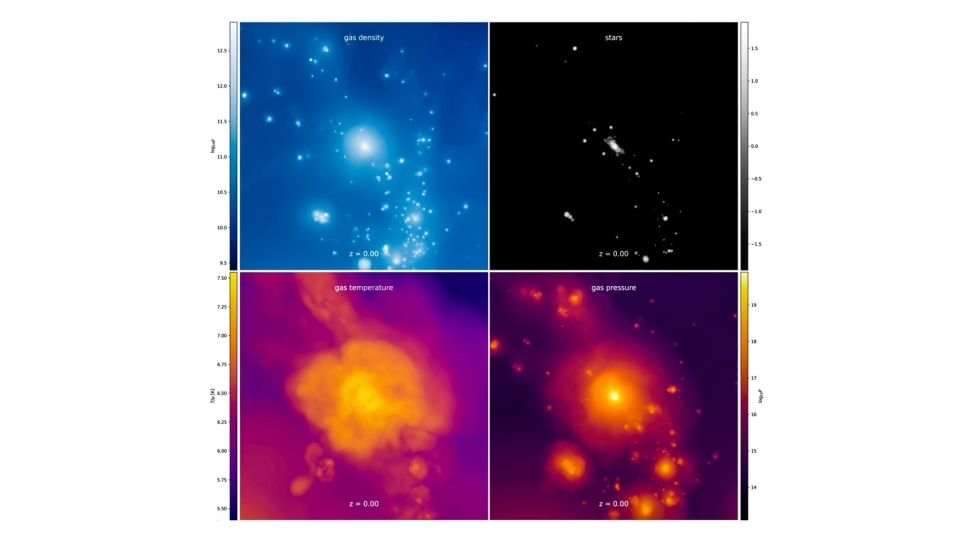 The SciDAC program in nuclear physics funded three multi-institution projects for a total of $35 million. Researchers from Argonne will participate in all three projects and lead one. Leading ​“Femtoscale Imaging of Nuclei Using Exascale Platforms,” Ian Cloët, an Argonne theoretical physicist, will work with partners from DOE’s Thomas Jefferson National Accelerator Facility and Virginia Polytechnic Institute and State University to develop a new framework for extracting 3D images of nucleons from experimental data. Together they are hoping to find new discoveries on the nature of matter at extremely small length scales — the so-called femtoscale, corresponding to a quadrillionth of a meter.

The SciDAC program in high energy physics funded five projects, for a total of $30 million. One project is led by Argonne physicist and computational scientist, Katrin Heitmann. (Other participating institutions are DOE’s Lawrence Berkeley and Los Alamos national laboratories and Virginia Tech.) ​“Enabling Cosmic Discoveries in the Exascale Era” will use exascale supercomputers to create models and simulations from new cosmological survey datasets. It will study the universe’s origin and evolution. Combined with observations, the model predictions are crucial to exploring new insights into dark matter and dark energy.

The two Argonne-led projects will support pioneering research on DOE’s exascale supercomputers including Aurora, the next-generation system being built at the Argonne Leadership Computing Facility, a DOE Office of Science user facility at Argonne.

“The SciDAC program is an excellent example of the kind of uniquely impactful work that can be performed by cross-disciplinary teams joining hands across scientific domain boundaries,” said Salman Habib, director of Argonne’s Computational Science division. ​“Much of the future of science rests on the success of endeavors that bring together cutting-edge computing and innovative scientific ideas.”

The SciDAC Partnership in Nuclear Physics will involve experts in nuclear physics and software development, as well as applied mathematics and computer science. These projects will use supercomputers to develop new algorithms and software.

Fundamental Nuclear Physics at the Exascale and Beyond

The aim of the SciDAC Partnership in High Energy Physics is to use DOE high performance computers to help understand the universe. These projects will develop new computation and simulation techniques and tools.

Next Generation Precision for Neutrino and Collider Computations

MPAS‐O/ROMS Comparison, Nesting, and Coupling for Improved Representation and Parameterization of Coastal and Submesoscale Ocean Processes in E3SM

Improving Projections of AMOC and its Collapse Through Advanced Simulations (ImPACTS) 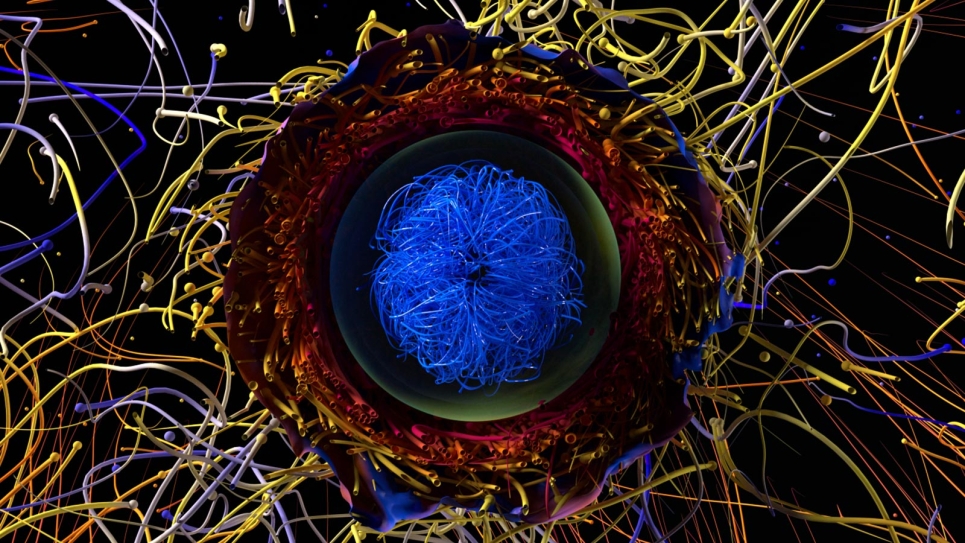 A new way to predict droughts

With help from ALCF computing resources, an Argonne team has developed a method to assess the likelihood of extreme drought conditions across the United States. 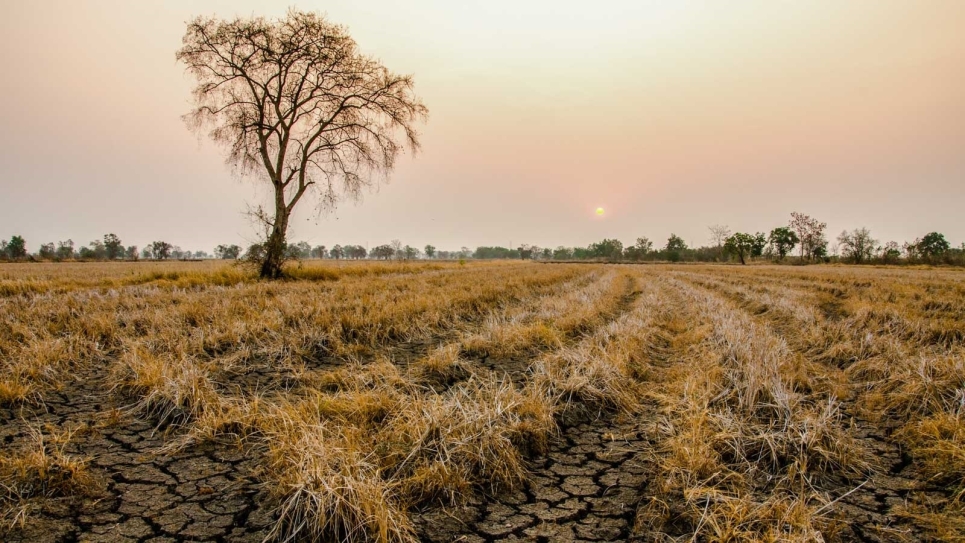