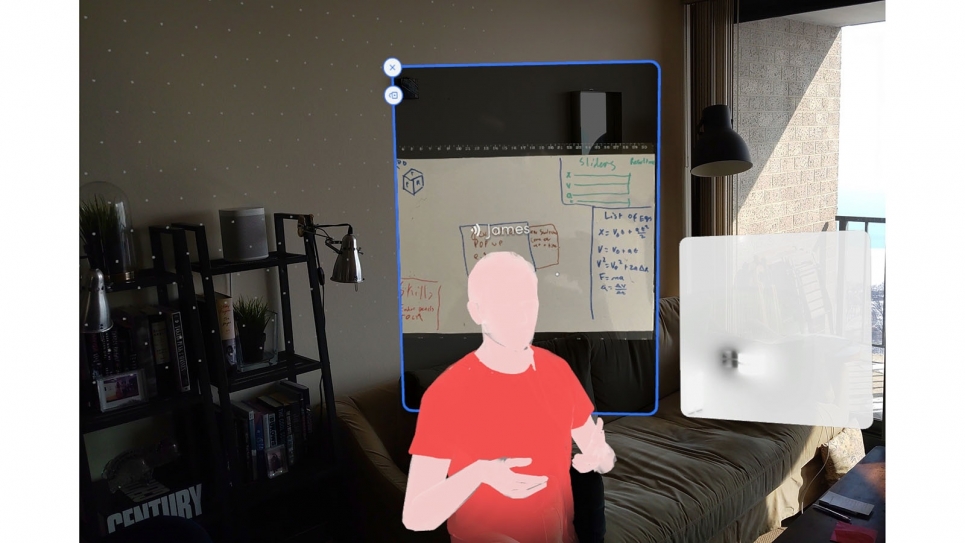 High school student James Morrissette meets virtually with ALCF computer scientist Victor Mateevitsi to discuss the details of a physics lab that he is making for his ACT-SO project. (Image: Victor Mateevitsi)

This year, 22 high school students mentored by volunteers at the U.S. Department of Energy’s (DOE) Argonne National Laboratory competed in the DuPage County Afro-Academic, Cultural, Technological and Scientific Olympics (ACT-SO). This regional event is part of a national competition to provide African American high school students with pathways into potential careers in science, technology, engineering, and mathematics (STEM). Five of the Argonne-mentored students earned gold medals at the DuPage competition and competed in the national competition this July.

Each September, lab professionals mentor students over the course of six to seven months for the Argonne ACT-SO High School Research Program (ARP), as the students conduct research projects utilizing the lab’s facilities and resources. At the end of the program, students present their completed STEM projects to a panel of judges, who award bronze, silver, and gold medals to the best entries. 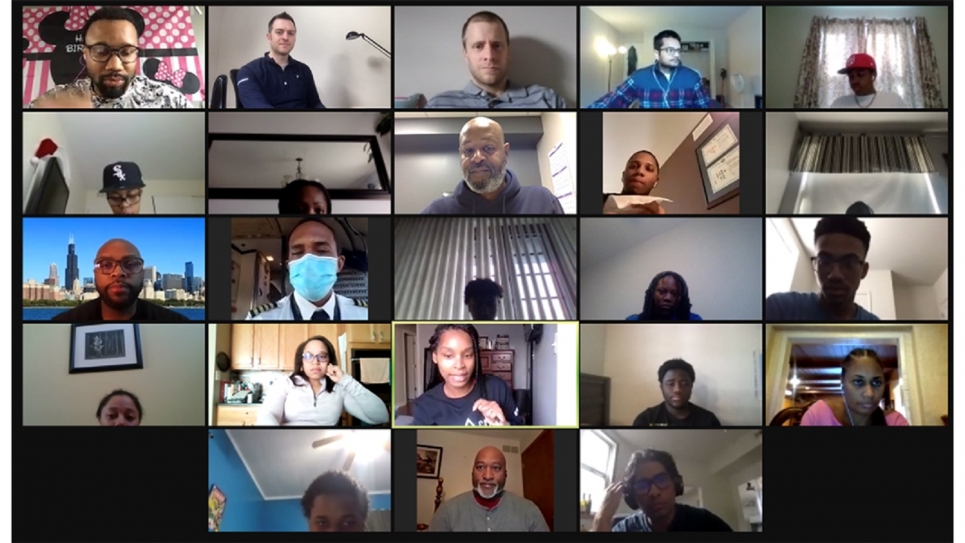 Argonne’s ACT-SO program supports a diverse future generation of STEM professionals. ​“Our field is lacking in diversity due to unequal opportunities in society, and our scientific endeavors are weaker for it,” said scientist Manolis Kargiantoulakis from DOE’s Fermi National Accelerator Laboratory, who mentored high schooler Yvonna Smothers during her ACT-SO disease-modeling project with Argonne. ​“The earlier in the pipeline we can create additional opportunities, the better. I hope the students will see themselves as the scientists of tomorrow.”

The mentors were impressed with how their students adapted to the virtual research projects. For instance, Argonne computer scientist Victor Mateevitsi, who mentored James Morrissette on physics projects, appreciated how Morrisette quickly learned new coding skills.

“James was a great mentee,” said Mateevitsi, of the Argonne Leadership Computing Facility, a DOE Office of Science User Facility. ​“Most importantly, he can think out of the box, see the big picture and be unafraid to pursue it. This quality distinguishes people professionally and personally, and it will guarantee a bright future.”

ACT-SO’s national competition took place from July 7 to July 10 this year, and Argonne’s staff are proud of their students’ achievements. Morrissette won silver in Engineering at nationals, and Mateevitsi is very happy for him. ​“This is graduate-level research, and by no means a trivial task.” Mateevitsi said. ​“James put a lot of effort and hours into the ACT-SO program and really deserves this recognition. I am really proud of him and looking forward to his bright future at Iowa State.”

ARP mentorships prove mutually beneficial for students and mentors. ​“Science benefits from different perspectives and people with unique thought processes,” said Tom Sobrya, a postdoctoral appointee who mentored Micah Thigpen — who won bronze in Earth and Space Sciences at nationals this year. ​“Without Micah, we would not have conducted the experiments we did and learned as much as we did. This competition does an excellent job of connecting young, inquisitive minds with scientists who can help those students become the next wave of leading scientists and engineers.”

Here are the five Argonne-mentored students who won gold medals in the DuPage competition and competed in the 2021 National ACT-SO Competition: