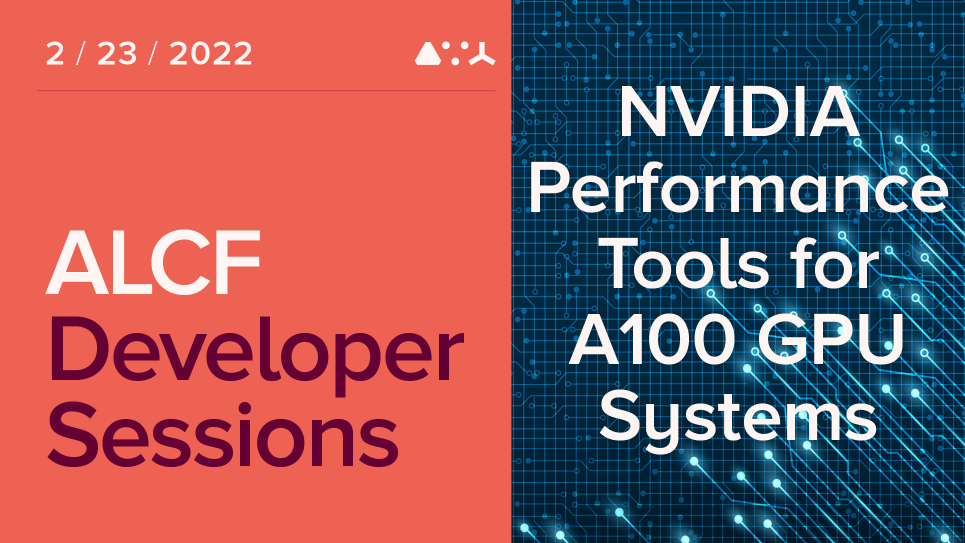 NVIDIA Developer Tools are available for detailed performance analysis of HPC applications running on NVIDIA A100 systems, such as ALCF's ThetaGPU and NERSC's Perlmutter. Nsight Systems provides developers a system-wide visualization of an application's performance. Developers can optimize bottlenecks to scale efficiently across any number or size of CPUs and GPUs on ThetaGPU. Nsight Compute is an interactive kernel profiler for CUDA applications. It provides detailed performance metrics and API debugging via a user interface and command line tool. In this session, several use cases of Nsight Systems and Nsight Compute will be presented via a demo with simple HPC benchmarks on ThetaGPU.

JaeHyuk Kwack is a member of performance engineering group at the Argonne Leadership Computing Facility. He received his B.S. and M.S. in engineering from Seoul National University, South Korea, and a Ph.D. in computational mechanics from University of Illinois at Urbana-Champaign, USA. Before joining Argonne, he worked for Blue Waters supercomputing project at the National Center for Supercomputing Applications. At Argonne since 2018, he has been working on performance tools and ensuring the readiness of several major scientific applications for performant use on the U.S. Department of Energy’s (DOE) forthcoming exascale systems.