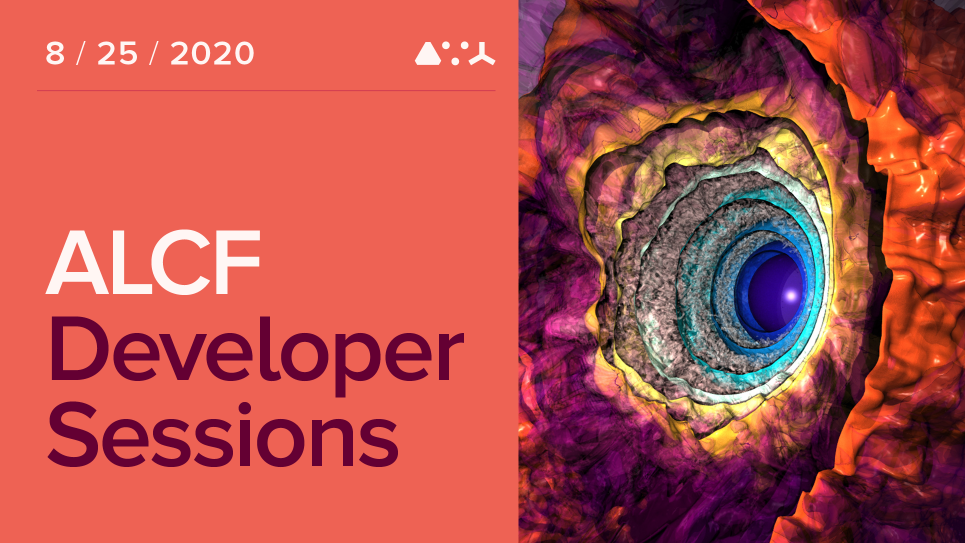 In this talk, we will give a brief introduction to the data analysis and visualization tools available at the ALCF as well as commonly used data formats. We will present examples of scientific visualizations using ALCF simulation data, which can be represented in multiple ways, including volume rendering, glyphs, contours, cutting planes, streamlines, and pathlines. We will also touch on the important topic of visualization for debugging large-scale simulations. To conclude, we will introduce in situ visualization and analysis and present the SENSEI and Ascent in situ frameworks. This introductory talk is intended for a broad audience from different scientific backgrounds who would like to know more about the ALCF's visualization and analysis resources.

Joseph Insley is the Visualization and Analysis Team Lead at the Argonne Leadership Computing Facility. His research includes the development of parallel and scalable methods for large-scale data analysis and visualization on current and next-generation systems. He works closely with facility users from a wide range of scientific domains to develop cutting edge visualizations that provide insight into their large-scale simulation data. He has an MFA and an MS in computer science, both from the University of Illinois at Chicago's Electronic Visualization Laboratory.

Janet Knowles is a Principal Software Development Specialist at the Argonne Leadership Computing Facility. Her interests include user interface design and interaction, immersive environments, 3D modeling, computer animation, and scientific visualization. Janet holds an BSE in Electrical Engineering from the University of Pennsylvania and an MS in Computer Science from the University of Illinois-Chicago.

Silvio Rizzi is an Assistant Computer Scientist at the Argonne Leadership Computing Facility. His research interests are large-scale and in-situ scientific visualization and analysis, display technologies, and immersive visualization environments. He has an MS in Electrical and Computer Engineering, and a PhD in Industrial Engineering and Operations Research, both from the University of Illinois-Chicago.

The ALCF Developer Sessions webinar series was created to foster discussion between the software and hardware developers and the early users of that technology.