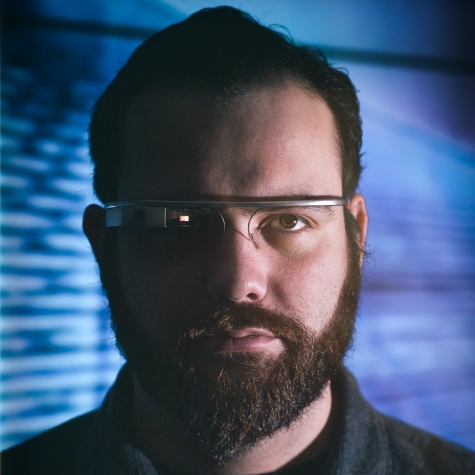 Victor A. Mateevitsi is a Computer Scientist at the Argonne Leadership Computing Facility. His research interests include large scale visualizations, augmented and virtual reality technologies, and novel interaction techniques. From being selected by the Science and Technology Council of the Academy of Motion Picture Arts and Sciences to intern for Pixar, working on the Universal Scene Description (USD); to spending a summer at DreamWorks animation, developing Premo, the award-winning animation platform behind Oscar-nominated movies, like How To Train Your Dragon 2; to researching social Mixed Reality at Microsoft Research, alongside father of VR, Jaron Lanier, Victor enjoys solving difficult problems in inter and multidisciplinary teams.

He has been a TEDx speaker, has been named one of the "20 in their 20s" by Crain's Business Magazine, "Fifty for the Future®" by the Illinois Technology Foundation and his work has been featured on popular-press magazines such as Forbes, Popular Mechanics, New Scientist and on pop-culture television programs such as the "Daily Planet" and "All-American Makers". Victor is also an avid ice-hockey player, having participated with the Greek National Ice Hockey Team at two World Championships, and currently playing at Johnny’s Ice House league.

Victor holds a PhD in Computer Science from the Electronic Visualization Laboratory at the University of Illinois at Chicago.