Overview: The Gronkulator, or just “The Gronk”, as it’s called by the creators of the web-based tool at the Argonne Leadership Computing Facility, is a pictorial depiction of the jobs that are running on the computing platforms at ALCF. In addition, the tool also provides information about the jobs that are queued, and if there are any reservation in place on the platforms. The tool can be accessed via https://status.alcf.anl.gov, which takes one to the following page which lists the computing resources at ALCF.

Now, if you were to click on the link that says Mira, you will see a page with a single link,  Mira Job Activity, which, upon clicking, shows the “Running Jobs” on Mira. 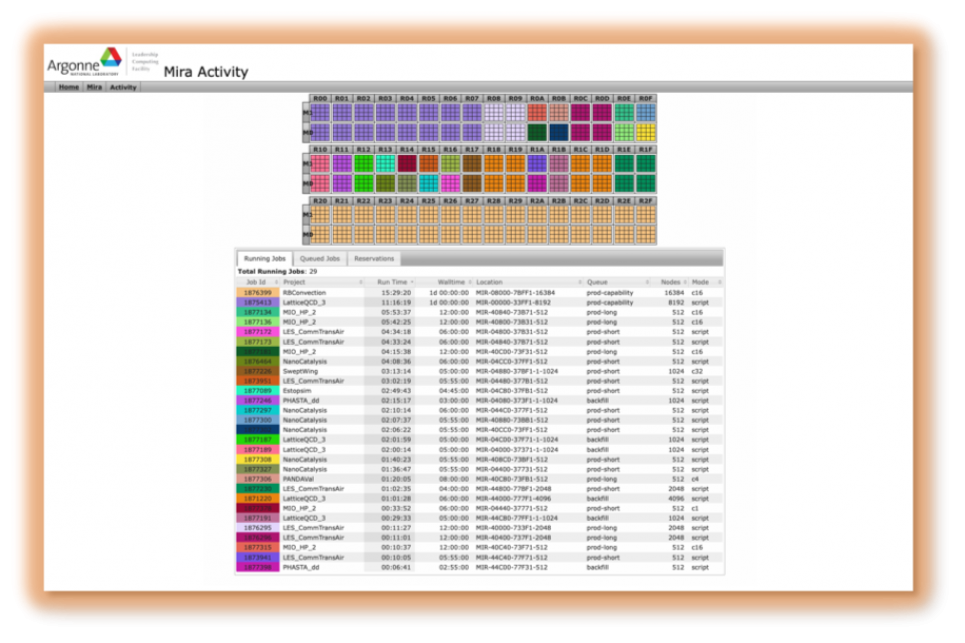 There are two other tabs on the page, the first of which (below) shows the number of jobs that are queued on the platform, and their score (i.e. higher the score, the higher the likelihood of the job running before those that have a lower score, should an appropriately sized partition become available). 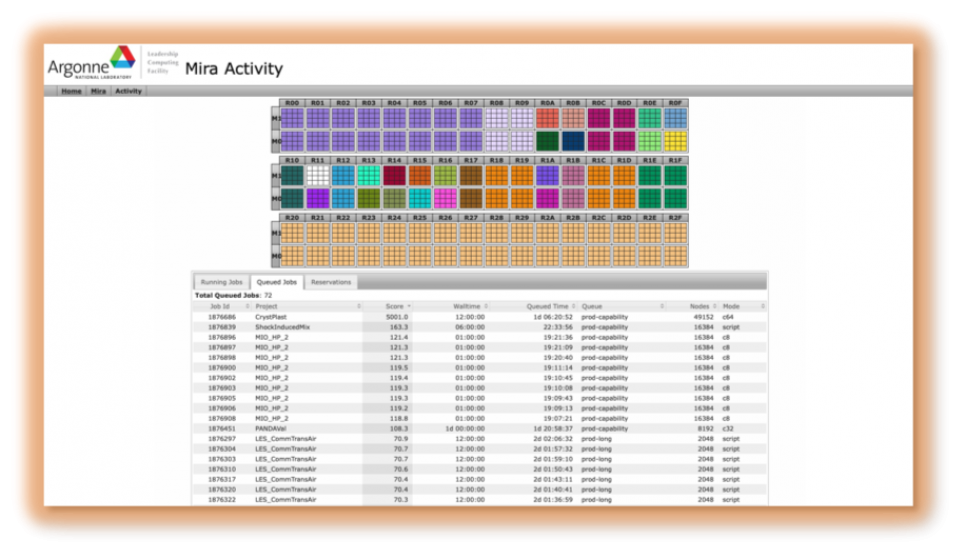 The third tab “Reservations”, shows if any reservations have been placed. For instance, if you have submitted a fairly large job in the queue (large by way of the number of nodes on which the job will run, and/or the length of time for which it will run), and you notice that other jobs with a lower score are being transitioned from the “Queued Jobs” state to the “Running Jobs” state, then make sure to check if there is an upcoming “reservation” that is causing the system to “drain”. As a note, there is almost always a reservation for “preventative maintenance” (as shown below).

The IBM Blue Gene/Q platforms, Vesta and Cetus, have a similar (but smaller) layout than that of Mira, while Cooley, the visualization cluster, has the following layout

where each of the squares under a Rack represents a compute node which has 12 cores. Likewise, the Cray XC-40 platform, Theta, has the following layout: 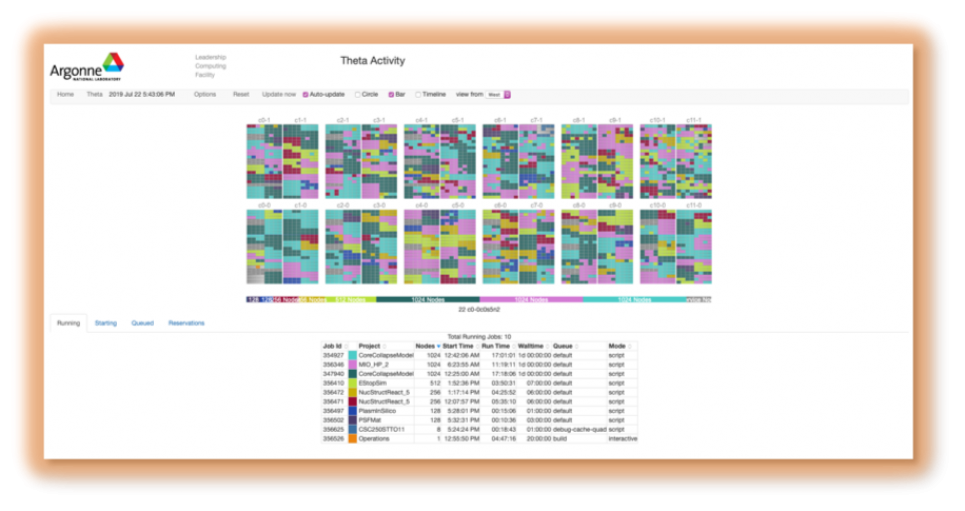 Using at ALCF: The Gronkulator