An Overview of Some DOE Systems 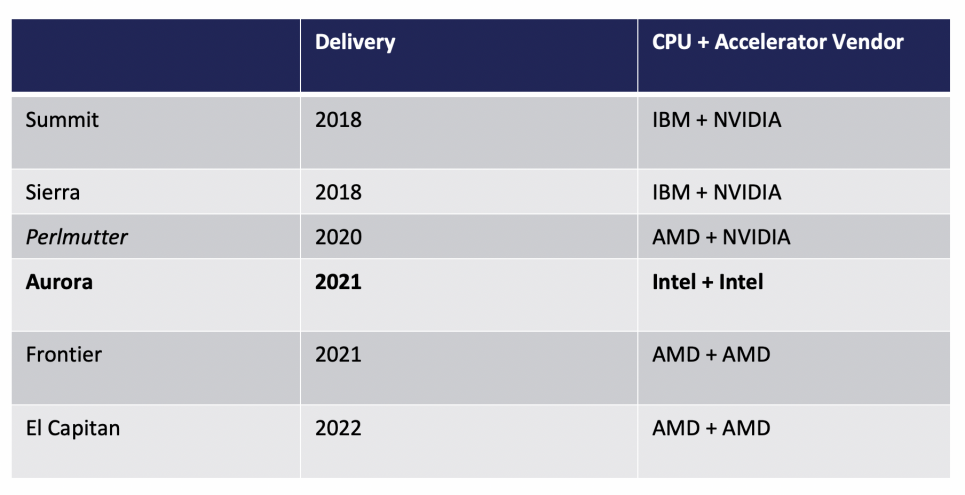 Although many of the systems contain Nvidia GPUs, the two upcoming exascale systems, Aurora and Frontier, contain GPUs by other vendors (Intel and AMD, respectively).

Porting to OpenMP, Kokkos, or RAJA are also possibilities, though they may involve additional refactoring. DPC++ and OpenCL are syntactically different from CUDA to varying but all generally express similar programming abstractions. OpenCL, Kokkos, OpenMP, and Raja will be supported on Aurora, so code already using these programming models should not require any modifications to run.